12 Surprising Benefits of Castor Oil for Beards: A Comprehensive Guide 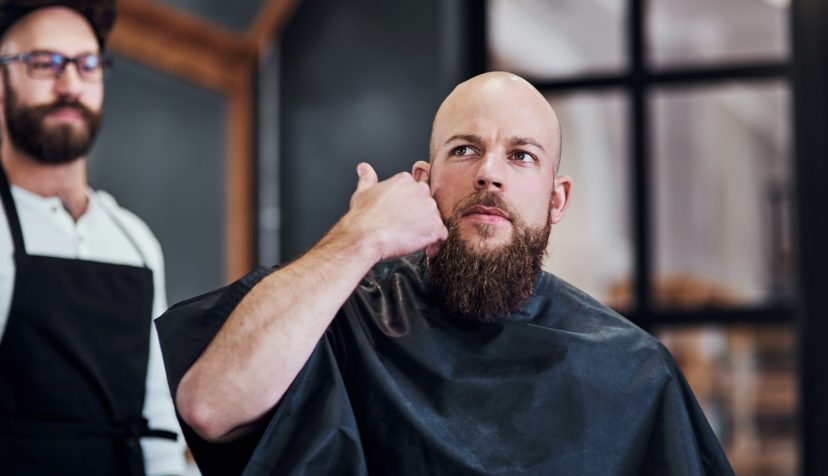 Castor oil is linked to a range of benefits for general hair growth, including:

A rich and sleek beard can be just the thing you need for a more striking and impressive appearance. Unfortunately, a full beard is not always guaranteed, and sometimes it takes extra effort to get the hair to grow. One popular solution is using castor oil for beards, which is said to boost hair growth.
Castor oil for beards is the real deal, and it has benefits that go beyond boosting your facial hair growth. Here is a comprehensive overview of one of the best beard growth oils.

What is Castor Oil?

Castor oil is extracted from the seeds of the castor plant. It is regarded as one of the best oils for beard growth, as supported by its long list of benefits.

There are three common types of castor oil. The different types are determined by the oil preparation process. They include:

This is castor oil derived directly from castor seeds without any other preparation measures. Fresh castor seeds are pressed hard, and the fresh oil extracted.

Castor seeds are roasted before they are pressed, and their oil is extracted. Roasting turns the seeds black, giving the oil its black color.

Research does not support one type of castor oil over the rest. However, organic Jamaican Black Castor Oil is said to be the best, particularly for beard hair growth, because it is not processed. All types of castor oil have numerous benefits, with the number one boosting hair growth.

Castor oil contains a range of nutrients associated with healthy hair growth, including:

It has shown to affect the amount of PGD2 (Prostaglandin D2) and PGE2 (Prostaglandin E2), two natural, multifaceted substances that are directly linked to healthy hair growth from the roots. PGD2 is known to limit the growth of hair follicles, while PGE2 is said to make hair thicker and denser. 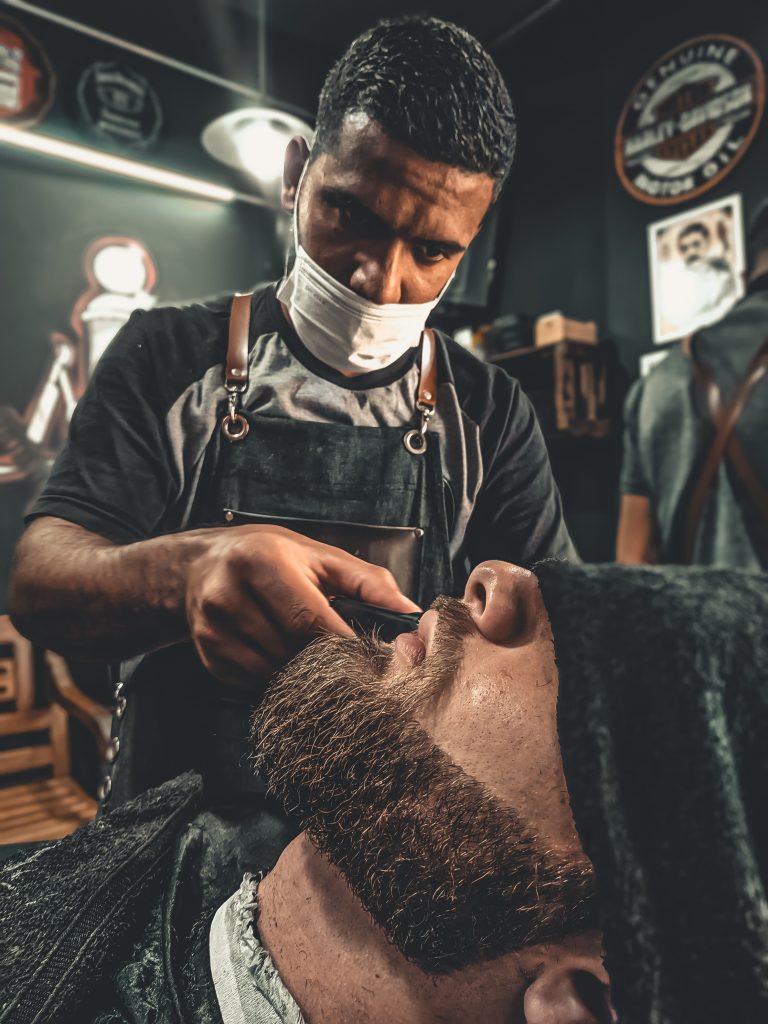 Castor oil for beard hair growth has a wide range of benefits, including:

Castor oil has a range of nutrients and properties associated with hair growth. It contains ricinoleic acid that is said to activate and increase the amount of PGE2 around the beard, consequently increasing the rate and amount of hair growth. Castor oil also contains nourishing nutrients that add life to your beard, making it more noticeable.

You can grow lots of beard hair and still appear to have a poor beard because of weak hair follicles. Weak follicles tend to break off and come loose easily, essentially resulting in hair loss.

There is a distinct difference between strength and thickness. Strong hair can be thin and still resistant to breakage, while thick hair looks and feels lush. Castor oil helps add both of these properties to beard hair by nourishing the hair follicles.

Castor oil is also rich in water and other moisturizing fluids, in addition to the aforementioned nutrients. One application is enough to keep your beard hair moisturized all day. It also helps to moisturize the skin underneath for an even and toned complexion with the rest of your face.

Grey hair can look sexy, or it can make you look old. Castor oil helps keep the hair naturally black in several ways. For starters, it promoted nutrients absorption in the hair, keeping it healthy and restoring its natural color. Additionally, Jamaican black castor oil for beard growth is dark in color because of the extraction process, and it helps turn grey beard hair white after every application. 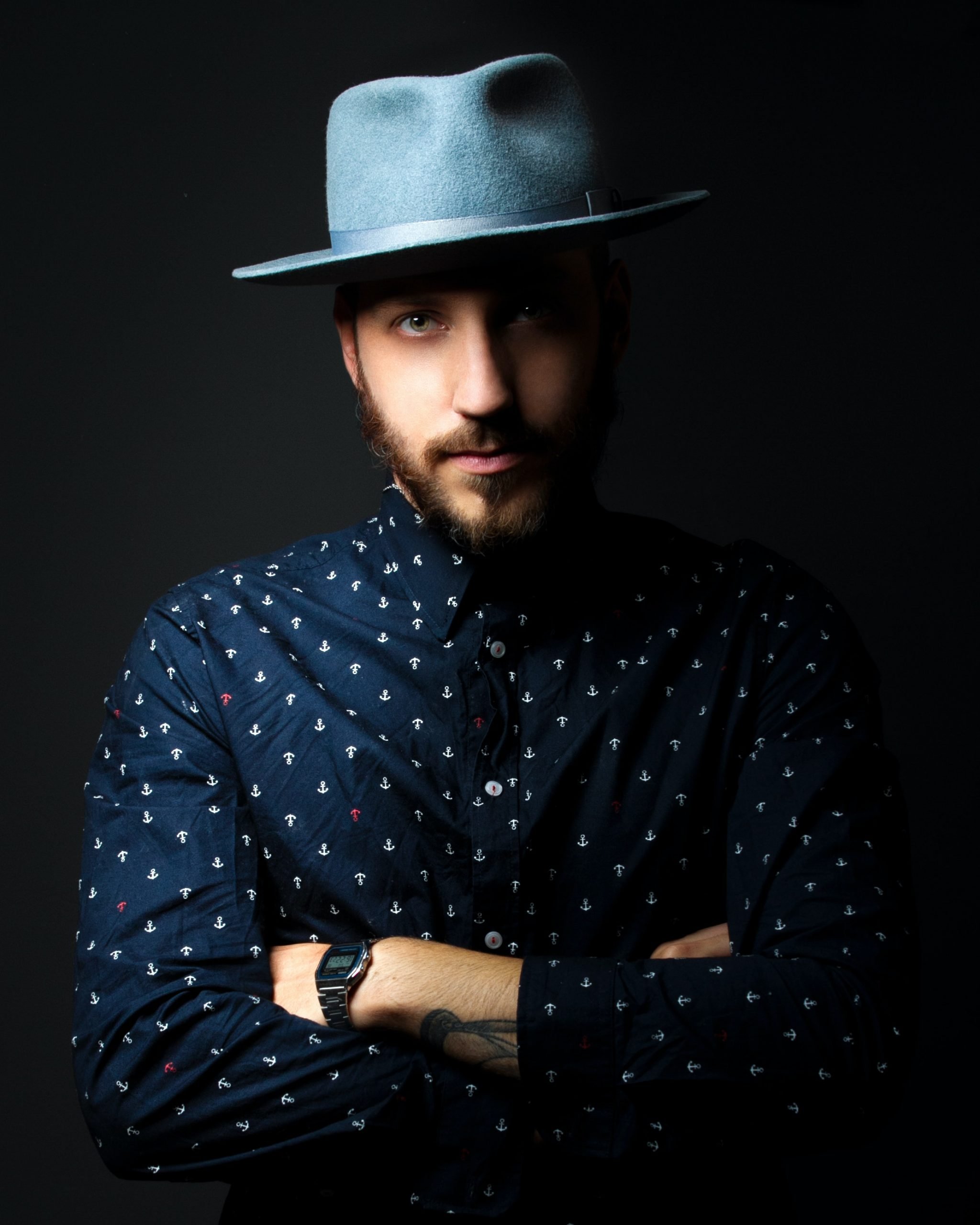 There are several factors that contribute to hair loss, including insufficient blood and nutrient supply to the hair follicles. Castor oil helps remedy these factors and offers additional benefits that minimize hair loss. For example, it helps improve blood supply underneath the beard skin, consequently letting more nutrients reach the hair follicles.

Splitting at the hair’s tips makes it weak and unappealing. It is caused by a wide range of factors – most of them can all be remedied using castor oil. For example, castor oil makes the hair follicles strong and uniform, minimizing the risk of splitting. In addition, it moisturizes the hair strands and makes them thick and lush. This helps to minimize the effects dry air is having on beard hair.

Entangled beard hair looks and feels rough and unhygienic. It also increases the risk of the hair breaking and becoming detached at the root. Castor oils keep your hair strong, thick, moisturized, and straight, preventing entanglement.

Dandruff is unhygienic, unhealthy, and unpresentable – especially when it is dangling from your beard. It is a sign that your skin is dry, and it may also be an indication of an underlying skin condition. Castor oil moisturizes the skin, as mentioned. Additionally, it moisturizes the hair follicles and makes the hair thick and lush, minimizing the risk of developing dandruff.

Castor oil has anti-microbial properties, in addition to its nutritional properties. These properties help to kill bacteria and fungi that cause dandruff and a range of other mild skin infections. To this end, it is often sold as a popular anti-fungal agent. Castor oil also helps to keep the hair follicles clean and moisturized, keeping pathogens away.

Castor oil helps remedy many of the factors that make a beard look bad. It eliminates patches on the chin by supporting even hair growth. Additionally, it keeps the beard hair moisturized and thick, adding a rich and healthy appearance to your body. More importantly, it keeps the hair follicles nourished and healthy, giving the beard a sleek and shiny appearance.

How to Use Castor Oil

The manner in which you use and apply castor oil will determine whether or not it works. Don’t worry, however, as the application process is quite simple. Here is a step-by-step guide on how to use castor oil for beard hair growth:

with a quality product or beard wash It is recommended to use warm water to break down body oil and open up the skin’s pores. Additionally, ensure that you wipe the skin dry, as moisture can also act as a barrier for the castor oil.

You only need a few drops of castor oil per application. The application process should be thorough to ensure that you cover all your facial hair and reach the skin, especially if you already have a thick or long beard.

It is recommended to apply the castor oil methodically, starting at the roots and finishing at the tips. You can use your fingers if your beard is short and sparse, however, it is best to use a quality beard comb if the beard is long and thick. Additionally, rub the oil on the skin underneath in a circular motion to get into the pores.

A couple of drops of castor oil may be too little to cover your whole beard plus the skin underneath, which is why it is best to use a carrier oil for beard growth. A carrier oil absorbs the castor oil without changing its properties, increasing the amount required to cover the whole beard and skin. Carrier oils such as jojoba oil have properties that can promote an additional hair growth effect for your beard.

It takes several hours for the castor oil to seep into the hair and skin. As such, let it settle for at least two hours – beard experts advise to leave it on overnight. Next, rinse it off using warm water and wipe your beard and face dry using a clean towel.

Additionally, it takes at least a dozen applications for the castor oil to boost beard growth. As such, repeat this process regularly, at least thrice weekly. You can also apply it daily for faster results, especially if your beard is exceptionally difficult to grow.

is produced and processed organically using castor seeds grown in India, the plant’s native home. The seeds are cold-pressed straight out of their pods, therefore retaining all of their nutritional and health properties.

This castor oil brand is recommended for overall hair growth, including on the scalp and eyebrows. It works especially well for beard hair, and it offers many of the benefits listed above.

Some of the key benefits of Sky Organics Castor Oil are:

Tip (Best For): Sky Organics Castor Oil is especially recommended for people with sensitive skin that may be affected by additives present in non-organic castor oil. 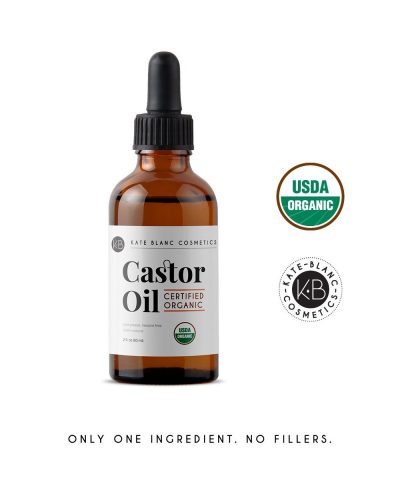 is also processed directly from castor seeds grown in native India. It is marketed as a general remedy for hair loss, and it is especially popular for growing hair on the scalp. It also works wonders for beard hair, from increasing hair growth to fixing split and weak hair follicles.

This brand of castor oil is 100% certified organic. The seeds are cold-pressed, and the oil is collected and packed without any processing or additives.

To this end, the oil is ideal for people with delicate skin or prone to getting skin rashes. It is worth noting that it contains anti-microbial properties that help prevent certain skin infections as well as minimize the risk of allergic reactions. 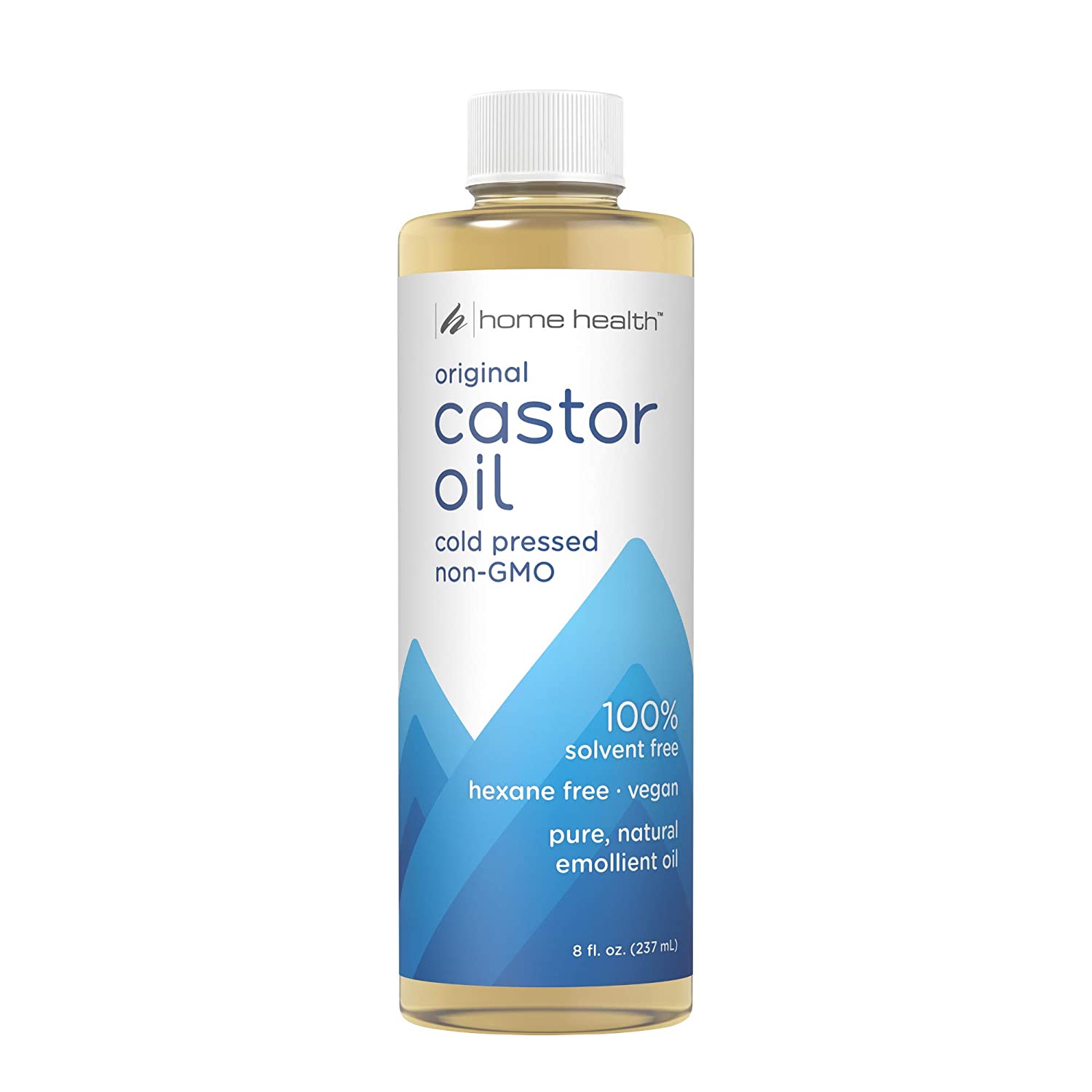 is designed for giving your beard hair maximum nutrition. It is 100% organic, with the seeds being cold-pressed without any chemical additives. To this end, the packaging specifically states that the oil does not contain hexane, one of the common ingredients that cause allergies in people with sensitive skin.

Home Health Castor Oil contains added nutrients that are designed to nourish the skin beneath your beard or mustache. 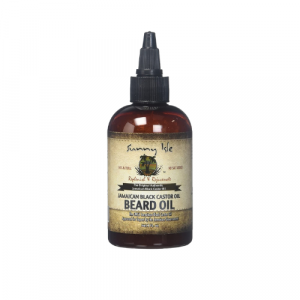 It’s 100% natural, designed for all beard types, and used by professional barbers as one of their go-to quality hair and scalp treatment products. The cap can be adjusted to drip oil directly on the beard. So you can control easily how much oil is dispensed.

Tip (Best For): This Jamaican Black Castor Oil is simply superb for the skin beneath your facial hair as well as your hair follicles. Its added nutrients have calming qualities plus provide full-range nourishment.

The smallest detail can drastically change your overall appearance and impression on other people. A beard is one of the most striking details on a man’s face. It commands authority and helps accent other facial features.

A natural beard is not always guaranteed, but castor oil can help improve any beard’s size and health. These benefits of castor oil are real, and castor oil is readily accessible and easy to use.

If you’ve found yourself on this article, chances are you’re growing a beard. Perhaps you’re freshly…

For a second there, beards seemed to be going out of style. But they are not!…

Want to look good in a beard? Sorry to break it you, but you have to… 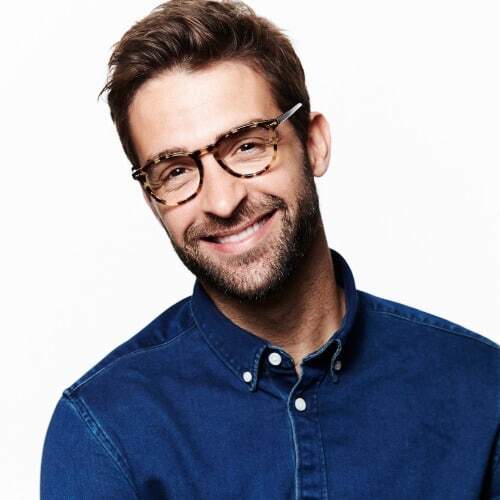 Copyright www.beardwhiz.com - All Rights Reserved 2022
Back To Top
Search